a beacon on the square in Carlisle

St. John’s is a parish that was established in 1752. To say, that we have a mission in the center of our town is an understatement.

We are known as a landmark for more than just our location. In the 1990’s many of Carlisle’s downtown parishes chose to move to the outskirts of town for more parking and more space. We prayed and debated and ultimately decided that God was calling us to remain on the Square.

Under our parish leadership, we added a huge parish hall and made it possible for us to continue to serve Carlisle as a downtown presence. Our location has made a few parish programs and events integral to the fabric of our community.

The St. John’s Twelfth Night Boar’s Head Festival is an Elizabethan pageant that combines the Christmas celebration with 16th-century English song and dance. It takes place at the conclusion of the Christmas season. For more than 30 years, we have been presenting and developing our festival so that we now include well over 130 participants in Elizabethan or biblical costumes.

The Twelfth Night Festival has been hailed as our “signature” parish event, which we now proudly present to the broader community, bringing over 500 visitors through our doors, to tell the magnificent story of the Epiphany.

Each December, 100 bakers are summoned to bake dozens of Christmas cookies at home for our St. John’s Cookie Walk. Signs are plastered throughout town by our advertising committee, and a line snakes around our courtyard and down the sidewalk the day of the Cookie Walk.

People from all over the area come to pick out homemade Christmas cookies as perfect holiday season gifts. In addition to selling our cookies, we use this event as a reminder of our upcoming festive Christmas services.

Read (and see) more about the Cookie Walk in The Sentinel. 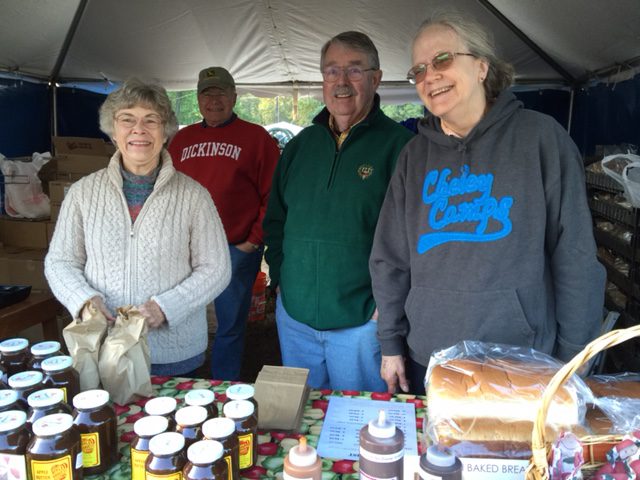 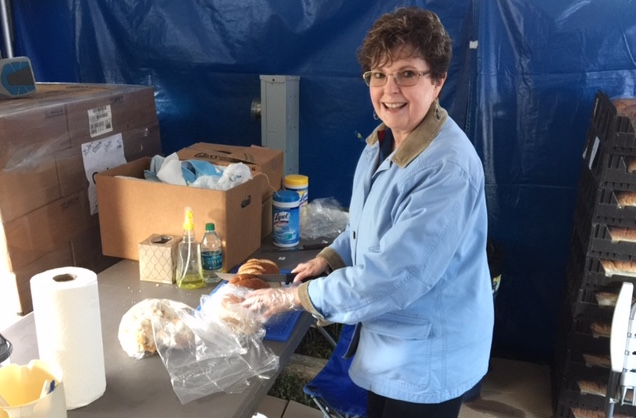 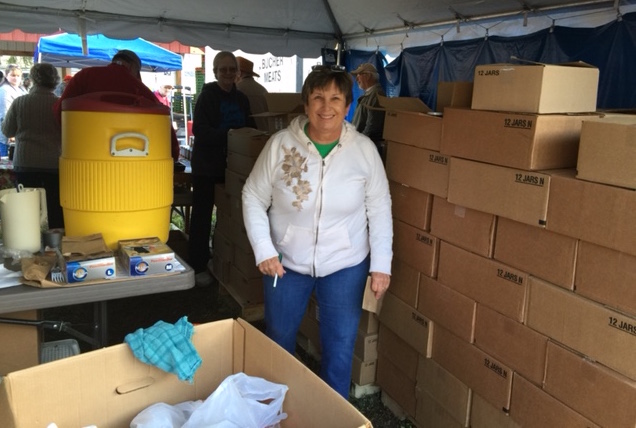 One of our parish’s signature events involves the selling of apple butter at the National Apple Harvest Festival in early October. The festival is held at the South Mountain Fairgrounds in Arendtsdale, PA, in the heart of Pennsylvania Apple country near Gettysburg.

This event is led by Mike Gwozdecki and large teams of St. John’s volunteers. The teams gather at the festival to represent our parish to the larger community. The proceeds from the sales of our apple butter and pumpkin butter support youth programs and mission trips. In the past, youth have traveled to Lynchburg, VA; Carlisle, England; Dublin/Gallway, Ireland; and New Orleans, LA. Apple butter can also be purchased throughout the year in the parish office.

St. John’s established a preschool to attend to the needs of parents in the community. Our preschool offers a program based on Developmentally Appropriate Practices recommended by the National Association for the Education of Young Children.

The preschool is committed to an environment of safety that assures a community of listening, learning and teaching. As a ministry of St. John’s, we engage children in their spiritual gifts of wonder, contemplation and joy.

In 1986, the Summer Program for Youth began as an outreach project of St. John’s Episcopal Church with twelve children, student counselors, and a program that largely consisted of recreation.

SPY is now an eight-week summer day camp for economically and socially disadvantaged children, ages 6-10, in the Carlisle area. It has grown into a high-quality academic and social enrichment program, with professional teachers, serving up to 50 children for eight weeks each summer. A staff of counselors, supported by church and community volunteers, creates a warm, supportive environment for the SPY campers.

The program reaches out to children who have been identified by their school guidance counselors as pupils who would likely benefit from structure and educational enrichment during the summer. All summer long, SPY kids are seen playing in the courtyard in the heart of Carlisle.  You may view their website here.

St. John’s is an official member of the Carlisle Area Downtown Association. With our membership, we host a variety of events in conjunction with other downtown festivals.

Our biggest draw has been Ice Fest, where we have a Celtic cross carved out of ice in our courtyard. Visitors enjoy taking pictures of our cross and we use this event as an opportunity to share our music and our formation programs with the broader community, extending hospitality to those who come to the Square.

Since its founding in 1974, Integrity has been working for the full inclusion of LGBTQ persons in the Episcopal Church through its various activities in congregational life, education, and advocacy.

Integrity envisions a church where people of all sexual orientations, gender identities, and gender expressions are welcomed and affirmed.

Located on the northeast corner of the Square in Carlisle, PA, the Church sits on land reserved by the Penn family for the use of the Church of England at the time of the founding of Carlisle.

The first celebration of the Eucharist took place on Trinity Sunday 1752. At that time Carlisle was described by the missionary priest as “the very frontiers of Messiah’s kingdom … the remotest part of the West.” As the first church to meet in Carlisle, the parish continues as St. John’s Episcopal Church, named in honor of St. John, evangelist and apostle, known also in Scripture as the “Beloved Disciple.”

Today St. John’s is the spiritual home of over 900 active members, making it one of the 200 largest congregations of the Episcopal Church in the United States.

Before the parish was organized, the Penns saw to the construction of a rustic log building on the northeast corner of the Square in the original charter for Carlisle, the county seat for the new county that extended from the Susquehanna River to the Ohio. That building served as a temporary courthouse and church when the Carlisle was established in 1751. The next year the Anglican congregation moved into the Carlisle church from nearby Hunnington.

In 1762 a modest stone colonial church replaced the log cabin. Both of these early church buildings were located adjacent to East High Street, in the area now occupied by the Parish Hall. Church services were suspended for a while in 1776—backlash from Revolutionaries aimed at the “English” church.

Work on the present church began in 1826 and concluded the following year, making use of stone from the dismantled colonial building. An original tower on the east end of the church was removed during a large renovation in 1861, when the present tower and steeple were erected. The choir area was also added at this time and the interior was remodeled.

A final expansion was undertaken in 1896 when the Sanctuary and High Altar were added, completed in 1898. The architectural style of the church combines a Federalist shape with Norman design, characterized by the rounded arches and windows.

The parish hall was added in 1986. In the summer of 1995, a comprehensive renovation/restoration of the church interior was undertaken.